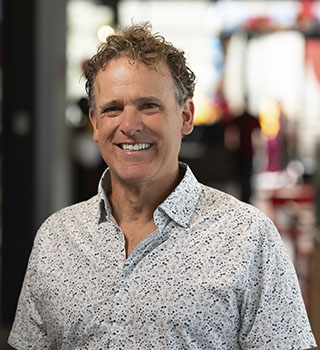 Before joining the Allyn Family Foundation, David was employed at Welch Allyn Inc. for over 25 years.  While at Welch Allyn, David spent a majority of his career within various sales and marketing roles. Since 2012, David served as Director of Corporate Social Responsibility.  In this role, David developed the Company’s goals and strategies for engagement in the community.  As Director, David received and reviewed proposals for supporting community events as well as developed many employee engagement opportunities, most significantly the Show of Hands, an all-day community service event for employees.

David has always been deeply engaged in the CNY community.  He has served on the Board of the Allyn Family Foundation for over 20 years.  He was also a member of the Syracuse Community Health Center Foundation Board from 2001-2010, and became Co-Chair for the Foundation.  In 2012, David joined the Rescue Mission Board and is currently the Chair for their Capital Campaign and serves on the Executive Committee.  David is also a member of the Skaneateles Community Center Board of Directors.  Outside Central New York, David serves on the Board of Heart to Heart, a humanitarian NGO (non-government organization) which provides disaster relief around the world, as well as the Board of Trustees of Kimball Union Academy, a preparatory school in New Hampshire.

A graduate of Gettysburg College, David maintains an active household with his wife Amy and his 4 children.  David is also in a band, The Mere Mortals, which keeps active in Central New York.