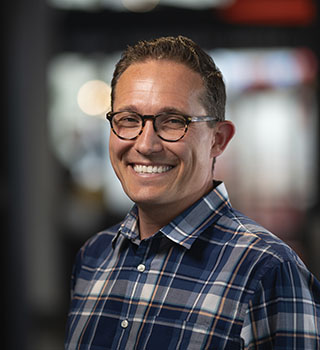 Maarten Jacobs, MSW, is the Director of Community Prosperity at the Allyn Family Foundation in Syracuse, New York. In this new role at the Allyn Family Foundation, he is co-developing a Community Prosperity Initiative which aims to disrupt concentrated poverty in targeted Syracuse neighborhoods by empowering residents to fulfill their full potential, while contributing to the wellbeing of their families and the revitalization of their neighborhoods. Within this initiative, a strong focus is being placed on creating economic opportunities, economic empowerment, and vibrant neighborhoods where residents are empowered to transform their communities into the places where their families thrive.

As part of his work as the Director of Community Proserity, he is the acting executive director of the Syracuse Urban Partnership, a non-profit organization created to build and operate the Salt City Market – A space for people to build generational wealthdoing what they love. A space where everyone feels a sense of belonging, ownership and civic pride.

​Prior to working for the Allyn Family Foundation, Maarten was the executive director of the Near Westside Initiative (NWSI), a nonprofit organization working to combine the power of art, technology, and innovation with neighborhood values and culture to revitalize Syracuse’s Near Westside, also known as the SALT District. In that role over the course of seven years, Maarten worked diligently to ensure that the neighborhood residents of the Near Westside were actively engaged in the revitalization taking place in their neighborhood and ensuring that the community’s best interests were represented. Similarly, with a personal passion for the arts, Maarten has pushed the Near Westside Initiative to be a truly place-based initiative with a focus on implementing creative placemaking as a fundamental strategy for economic and community development.

In January of 2016 Maarten Jacobs received the Martin Luther King JR Unsung Hero award at Syracuse University in recognition of his work on the Near Westside of Syracuse.  Most recently, in 2019 he was the recipient of the Wisdom Keeper award from FOCUS Greater Syracuse for his efforts around community economic development.